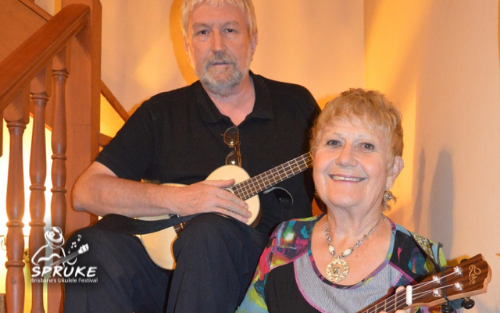 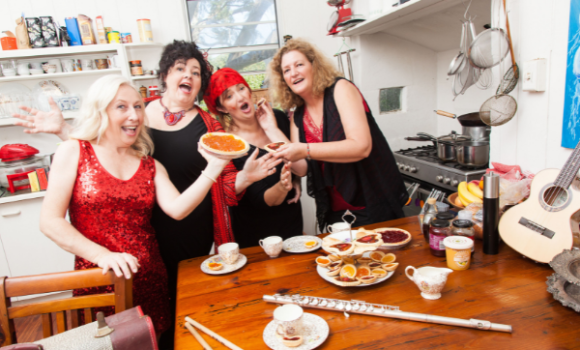 Totally Insane (Donna & Derek Farrell) have led many Jam Sessions for BUMS and we have led a seniors ukulele band for over seven years.

The Seekers are an Australian, folk influenced, pop group formed sixty years ago in 1962. From “A World of our Own”, “Morningtown Ride” and “Georgy Girl” in the 1960s, up to “I am Australian” in 2011, their music has spanned the decades. “I am Australian” has become an unofficial National Anthem. They were among the first Australian bands to gain success overseas, and are the only band to be named as Australian of the Year. They have sold more than 50 million albums worldwide.

This jam is a tribute to their legacy and has easy arrangements to suit players from beginners onwards.

SPRUKE on the Square is a FREE event.

Back to PERFORMERS at SPRUKE 2022 page